The team at Guardian Childcare & Education Wallaby Street have transformed one of their Centre windows into a puppet show to record and share with the children at home.

“While the four- and five-year-old children were engaging in a puppet show, they began discussing how we could share some of the experiences we have with those at home,” says Centre Manager, Sarah.

“It was then decided to utilise the Centre iPads to record the puppet shows and post them on Storypark for all of our families to enjoy.”

Once the decision was made, the children searched the Centre for the materials and tools required to build a large puppet theatre. 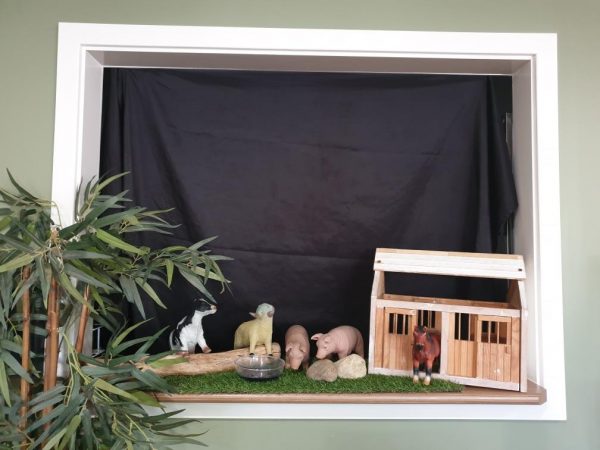 “There was lots of planning and discussion between children in the preparation stage, including the aesthetics of what the puppet theatre had to look like, props that they wanted to use, and song choices,” shares Sarah.

“Since sending the video of our first show, we’ve had some great feedback from families and a few thank you notes.”

“Creating the puppet theatre has inspired us as a team to look for creative solutions that bring everyone together as much as we can during this time.”

The experience focused on learning experiences such as collaboration and negotiation, as the children had to come to agreements on what to do, how to do it and delegate roles to each other.

Since launching the puppet shows, Sarah and the team have been inundated with requests to continue the shows, and for Educators to record themselves reading and singing to the children.

“Storypark has been an amazing tool to use for sharing videos, images and stories between the children at home and at the Centre,” says Sarah.

“The children are loving drawing pictures for their friends at home, often drawing spaces and objects that they’ll get to play with together once this is all over.”

“We’re so fortunate to have such an amazing and active community, and look forward to connecting further with additional puppet shows and Skype calls.” 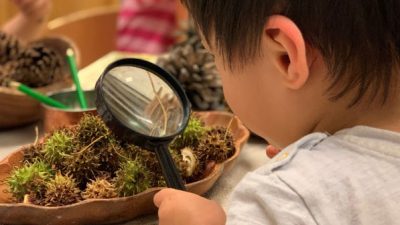 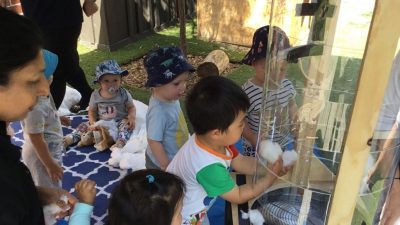