Acre Woods Pymble is a childcare centre in Sydney that prides itself on their diverse and passionate team of educators. With a variety of cultural backgrounds, the educators bring their own experiences to the centre giving children an opportunity to explore other rich and vibrant cultures.

One particular educator who is exploring culture with the children is Nerie, an educator in the Toddler Room. Having recently returned from her wedding and honeymoon in Zimbabwe, Nerie shared photos with the children about her experiences which extended to discussions about holidays and where the children have been. As a result, a travel agency was set up in the room as a dramatic play experience, with travel brochures and an office set up. 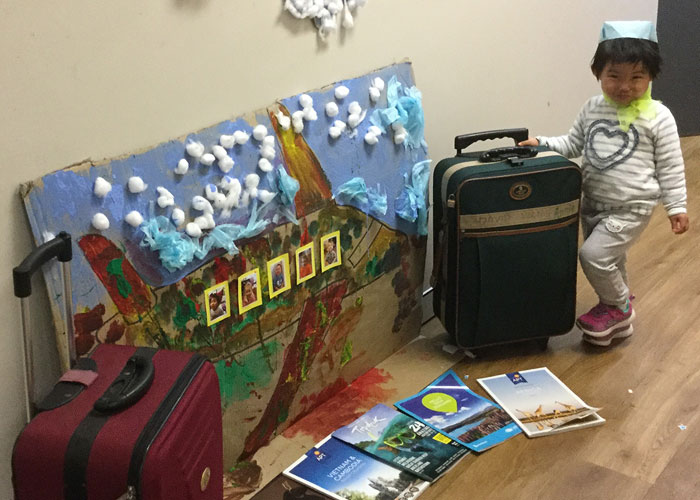 From these discussions, an interest in planes developed, which extended to talks about airports. Nerie then made a plane with the children, as well as a boarding gate and created flight attendant outfits, all of which the children helped with. The plane had the children’s photos placed where the windows were and the children and families enjoyed exploring the display that was set up in the hallway outside the Toddler room.

After exploring the concept of planes and airports, the children starting talking about countries. A family who were originally from Argentina recently joined the centre. They came in and shared some things about Argentina including showing them their mate (an Argentinian tea) cups, the Argentinian flag and soccer shirt and even teaching the children some Spanish words. After this the children had an opportunity to create their own mate cups, looking at photos of the cup and the patterns on it as they created their own. 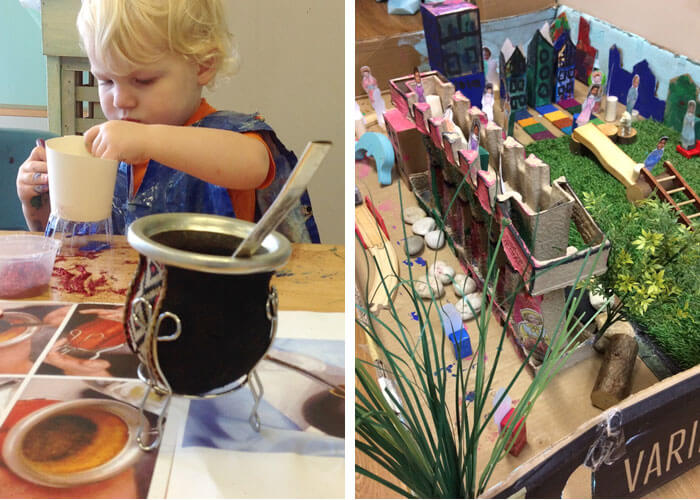 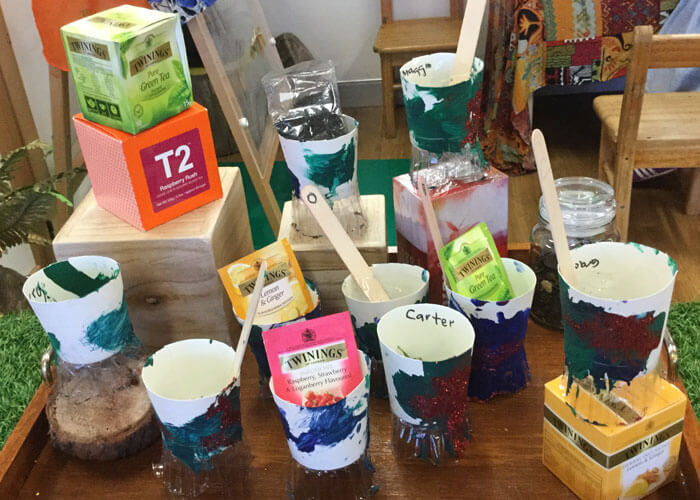 From this, Nerie discovered that the Centre Manager Kylie Davenport had travelled to Argentina and asked her to bring some photos in from her travels. The children explored the photos and were intrigued by the colourful houses of La Boca – a famous suburb in Buenos Aires. Nerie and the children then created their own city of La Boca by painting boxes different colours to create the buildings, then adding a park, trees and a railway line using primarily recycled materials. They even added people by using photos of the Toddlers!

Nerie continued to use Spanish words with the children as they created their city. This city is now on display in the hallway and the children have enjoyed showing what they created to their families and finding their own photo on the people in the city.

These learning experiences show that children are capable and involved learners. Children are actively learning about other cultures which will help them to become global citizens. Acre Woods Pymble will be continuing to explore other cultures through various projects and we are looking forward to sharing some of these with you.

Read about the community and Curriculum at Acre Woods Pymble.

Acre Woods Pymble is a wonderful childcare centre in Sydney that provides children with high quality care in an open, bright and resource rich environment. With a team of educators who are able to speak a variety of different languages, they are able to engage with families whose second language is English and bring their own cultural experiences to the centre.

Kylie Davenport leads the team at this centre and has been working with children for 20 years. She is passionate about early learning and loves involving families with the centre. To meet Kylie and the team, book yourself in for a tour here. 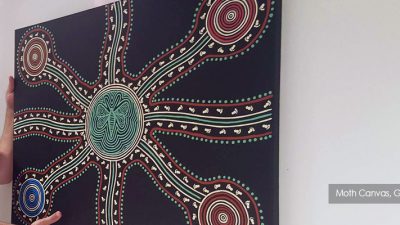 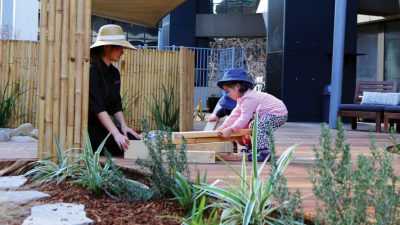 The Great Outdoors in the Middle of the City