The children and educators at Guardian Early Learning Centre – Charlotte Street have been very busy in their thriving garden. From planting veggies to watering, harvesting to seed saving, the children have been learning so much from their gardening experiences.

The garden provides a multitude benefits for the children. They’re learning about healthy food and where it comes from, they’re eating organic produce, learning about life-cycles of plants plus a whole host of other benefits.

Centre Manager, Jo Ferguson says, “Even things that go wrong are learning experiences. Recently when a tiny watermelon was picked too early, it was a chance for the children to pose a question, predict and suggest answers to these questions that came up, investigate, report and reflect on their discovery. They wondered if a tiny watermelon could have seeds yet. The children recorded their votes for yes or no and then we cut open the watermelon to see that it did have the start of seeds even though it was only slightly bigger than a golf ball.”

Children also use materials from the garden in Art experiences and are honing their literacy and numeracy skills as they create signs and seed labels as well as using formal and informal methods of measurement when planting seeds (spacing and depth). There are just so many areas to explore. We talk to Early Childhood teacher at Charlotte Street, Ally Davies, about a recent experience where the children made popcorn from corn kernels grown in their garden.

We had grown sweetcorn before, so when a kindy-made musical shaker broke and the popcorn kernels fell out, a child wondered if the kernels would grow. I had grown popcorn before from organic seed at home but never from store-bought popcorn. I said that I wasn’t sure but we could try.

A few of the kernels were planted around the place including a few that ended up in the sandpit. When we came back from Christmas holiday, we found little corn seedlings growing in the sandpit, so the children helped to gently transfer the seedlings to the veggie patch. We noticed that the popcorn plants didn’t grow as tall as our sweet corn but we still managed to grow some cobs.

The children helped to harvest the cobs, strip away the husks and silks, and then pick out the kernels to dry them. After a couple of days of drying, we put the seeds into an air-heated popcorn maker. We had voted on whether we thought it would pop or not and, to our delight, it worked.

The children were so excited that they got to grow their very own popcorn and cheered when the popcorn tumbled into the bowl. They commented on how good it tasted and smelled as we passed around the bowl. The children were able to see a long term project come to a tasty conclusion after months of hard work and a team effort.

To find out more about this wonderful childcare centre in Brisbane, head here. And to experience the centre for yourself, book a tour via our online form. 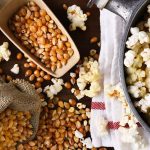 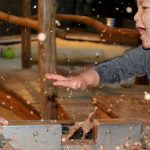 Getting Muddy With It | Mud Play 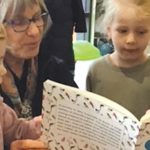 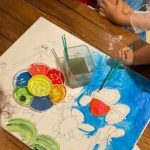 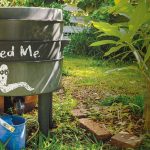 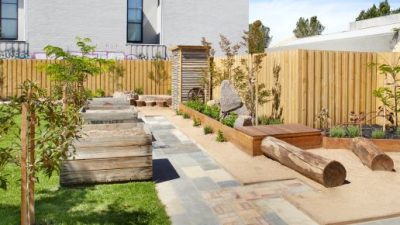 In Conversation with Shannon Haulahan | Centre Manager of Richmond

An Outdoor Wonderland in the Middle of the City 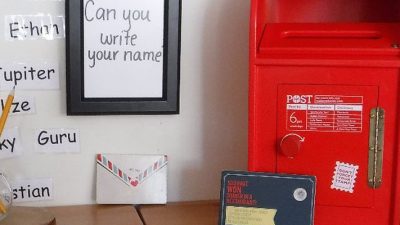